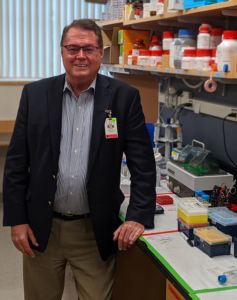 Dr. Ronald G. Tompkins was the Sumner M. Redstone Professor of Surgery at Harvard Medical School, Founding Director of the Centre for Surgery, Science & Bioengineering at Massachusetts General Hospital (MGH), and Chief of Staff Emeritus at Shriners Hospitals for Children in Boston. He was a leading trauma and burn physician and trauma specialist at MGH. He was a board-certified general surgeon with a doctorate in chemical engineering, which provides him with expertise not only in the clinical evaluation of critical care patients, but also in inflammation biology, genomics, proteomics, and computational biology.
Elected as a Director of the American Board of Surgery in 1994, Dr. Tompkins has received multiple honors including a fellowship from the American Institute for Medical and Biological Engineering and an honorary M.A. from Harvard University. He has served as an officer including as President and Board Member of more than a dozen national and international academic societies. Dr. Tompkins was a member of the OMF Scientific Advisory Board and Co-Director of the OMF funded Harvard ME/CFS Collaboration at the Harvard-Affiliated Hospitals, renamed to The Ronald G. Tompkins ME/CFS Collaboration in his memory.