The purpose of this study is to understand potential disturbances in the tryptophan metabolism and to test the benefits of treating people with ME/CFS with Kynurenine.

This study is on hold, pending further discussions.

IRB approval has been obtained and trial conducted in healthy volunteers.

Analysis of preliminary data for ME/CFS patients did not indicate significant disturbances in the Kynurenine pathway so further trials steps on hold.

Discussion should be pursued around whether to shift this limited funding to other more promising candidates for trials.

Data from animal models reveal the impact of introducing Kynurenine related metabolites but not yet showing significant impacts at the intracellular level. Perhaps other paths of inquiry could be pursued.

Kynurenine pathway is still important but not clear how it is involved in post- viral induced neurocognitive disturbances.

“Those of us working on the IDO metabolic trap hypothesis for ME / CFS are really interested in the study proposed by Dr. Bergquist and his team in Uppsala, and recently funded by OMF. Here’s why:

Suppose that some brain cells in a particular brain nucleus are in the IDO metabolic trap. This means that in those cells the concentration of tryptophan is too high, and the concentration of kynurenine is too low. Supplying an outside source of kynurenine, as Dr. Bergquist proposes, could conceivably solve part of the problem by allowing those brain cells to make the neuroactive metabolites of kynurenine that they cannot make if the metabolic trap has been sprung. 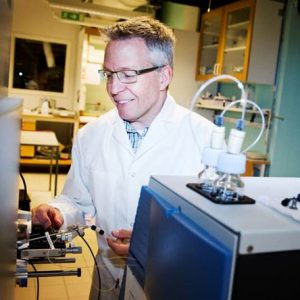 Participants will be randomized to either receive Kynurenine or a placebo for a period of three months and then after a “washout” period, patients will switch to an additional three-months of Kynurenine or placebo in a crossover design.

This design does not require healthy controls and instead focuses on whether Kynurenine supplementation has any benefit above placebo in people with ME / CFS.

The main study endpoints will be the effects of supplemental Kynurenine to improve cognitive impairment (“brain fog”), memory and headache. Patients will also be asked to register their activity by using wearable sensors and have biological samples taken for further testing.

New methods have been developed under Dr. Bergquist to measure the metabolic pathways relevant to Kynurenine. These new methods are used to identify people with ME / CFS that have low Kynurenine in the plasma. This method will also be used to monitor the metabolic effects of Kynurenine supplementation during the trial.