I am greatly saddened by the news of my friend and colleague Ron Tompkins passing. For the past 21 years, we have worked closely together on numerous academic and commercial projects. He was a gifted physician and a remarkable scientist. 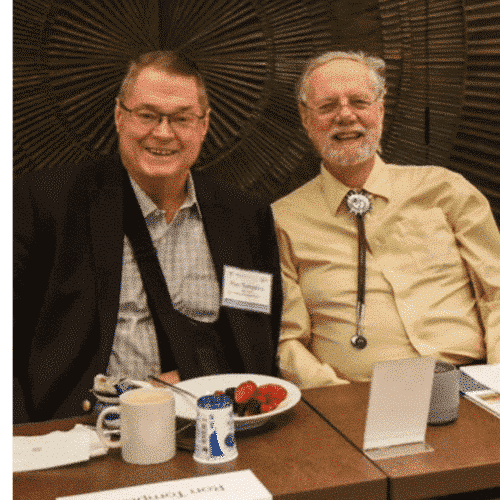 The fifteen years we worked on the Human Trauma Research Project were some of the most gratifying of my scientific career. Dr. Tompkins was in charge of the project, working with about 60 other physicians and scientists. I was in charge of the genomic aspects. He ran it with great skill, to my great admiration.

He empowered people to be engaged in the project, doing what they do best. The participants came from all over the country, and we met in the Chicago O’Hare airport every 3 months to present the newest research findings, problem solve, and discuss ideas for how to proceed. It was remarkable that almost no one ever missed one of these meetings over its ten years of operation. This complex project involved diverse specializations, but Dr. Tompkins ran it without conflict. Everyone knew that this was special and important – likely to produce significant breakthroughs. And it did. We discovered that, within a few hours of the trauma, we could predict the patients who would do well and begin to recover in a few days vs. those who would linger, some never to recover. And surprisingly, it was not correlated with the extent of injury.

Before this project, trauma experts relied on mice models for their understanding of the effects of trauma. We were able to show, using our molecular approaches, that the response to trauma of mice was extremely different from the response of humans. (The correlation of gene expression during recovery from trauma between Mouse and Human is .06) We continued to analyze the data years after the project ended. Our work together developed into a great and trusting friendship.

Towards the end of the Trauma project, my son became ill with ME​/​CFS, and I knew I had to do everything I could to crack the disease at the molecular level and figure out how to help him and the many other suffering patients. I immediately began recruiting my most brilliant, creative and scientifically rigorous colleagues and friends to help. Ron was one of my first recruits. He was knowledgeable about a huge variety of topics, from chemical engineering to medicine to big data analysis to biochemical pathways. He immediately recognized the similarities between trauma and ME​/​CFS and enthusiastically joined me. He was very strong on innovation and felt we should focus on being innovative, but it was difficult to find funding for innovation. He strongly supported the innovative work that I was doing in my lab. He knew it would be a difficult challenge.

Since then, we have worked together closely, planned and attended meetings, shared our findings, ideas, and plans frequently by phone, and collaborated at every level. Ron has been truly incredible at recruiting scientists and doctors from the US and Europe to join our efforts. He embraced intelligence and inquiry but was quite intolerant of arrogance and people who talked without expertise. He was one of my first recruits to the Open Medicine Foundation’s Scientific Advisory Board. He and Wenzhong Xiao, PhD, set up the ME​/​CFS Collaborative Research Center at Harvard, funded by OMF, and delved into many aspects of the disease.

Ron was my greatest source of information on how things in the body at the molecular level might translate into medical reality in patients, and we spent hours and hours speculating about different treatments and how they might impact the body from a medical perspective. There is so much potential in what Ron created, and it has only been limited by his inability to get government funding, which greatly frustrated and angered him. He often said that the biggest problem is not the complexity of the disease but to get some government agency to take it seriously and adequately fund it. He and I both knew that it would take a big team and serious funding to solve this devastating, complex, and ubiquitous disease.

Ron was such a lovely, engaging man. The patients loved talking with him at our Community Symposia at Stanford and vied for a seat at his table. He really enjoyed a great dinner with good wine and conversation with laughs, and we loved having him over for dinner. My wife always cooked him salmon because he claimed it was the best he’d ever eaten in all his travels. He called her “The Salmon Lady”. Ron’s diversity and depth of expertise, his lively and enquiring mind, his inclusive and compassionate attitude, and his love of great food and a great discussion are unmatched. I am devastated by his loss and will miss him greatly.