Today, we are excited to share an exclusive interview with standup comedian Doug Ouimette. Doug is using the stage to shine a bright light on ME/CFS in honor of his wife.

Thanks for joining today, Doug! To start, how did you get into standup comedy? Can you share more on the experience of speaking about ME/CFS on stage? 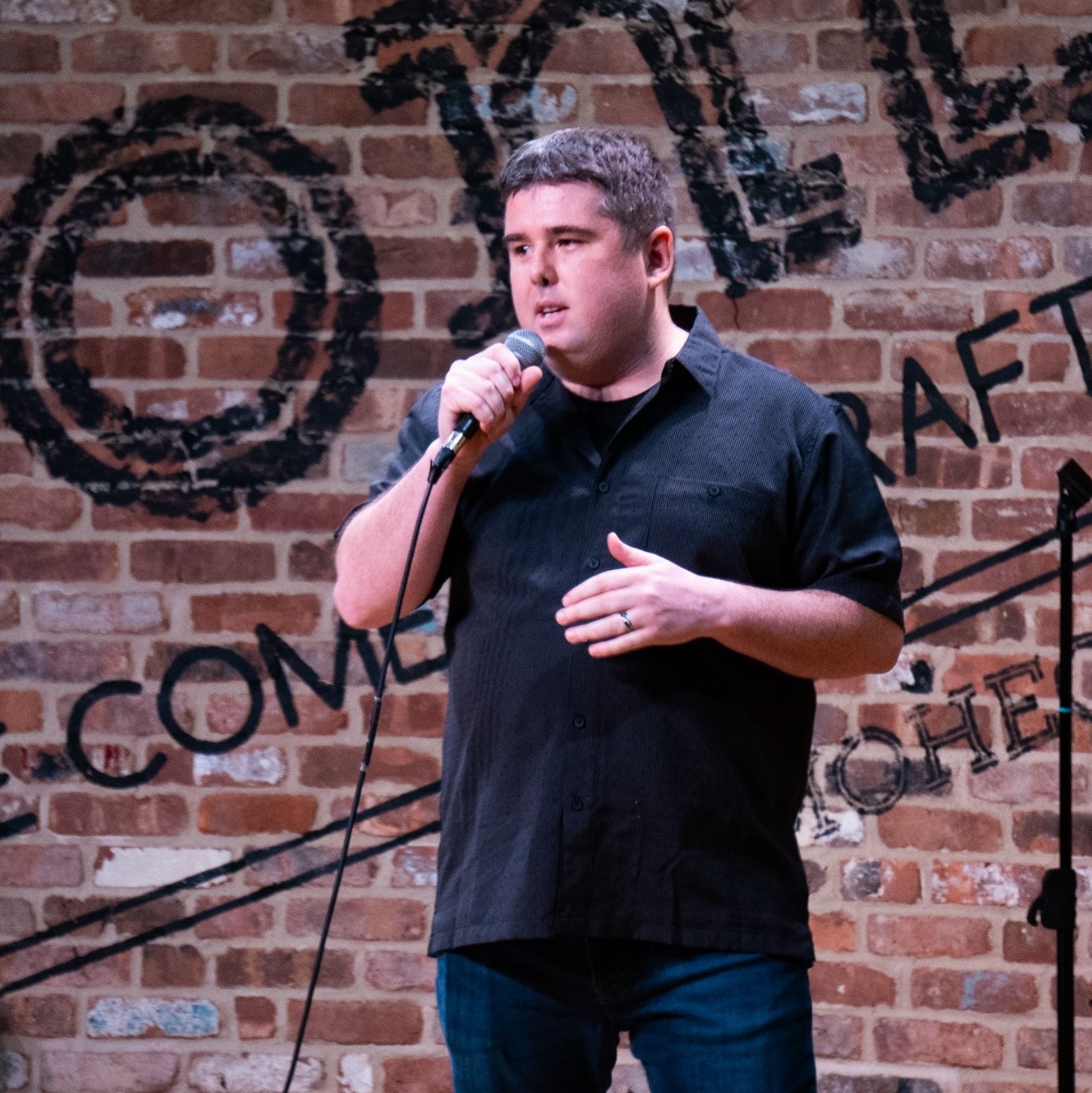 I find that comedy is a great way to bring awareness of ME/CFS because it’s
lighthearted and provides the listener with an easy response to an uncomfortable topic. I am not lecturing the audience, seeking empathy for my wife, complaining about being a caregiver, or using those that are sick as my punchlines. Instead, I talk about the doctor’s uneducated responses, unaccommodating accommodations, and unique quirky things she has done to get through life. At the end people have told me they had no idea about this illness, and they leave with a basic understanding.

From there they can go on to watch documentaries or do their own research. I love that my wife doesn’t have to hear “I’m so sorry”. Instead, she gets presented as a typical wife and mother that just sees the world from a different perspective.

What was your life like together prior to your wife’s diagnosis,
and what is it like now?

Christina and I met in college as interns at a local casino and resort’s special events department. I was getting my master’s degree in Sport and Recreational Management and Christina was getting her Bachelor’s in Hospitality and Tourism. 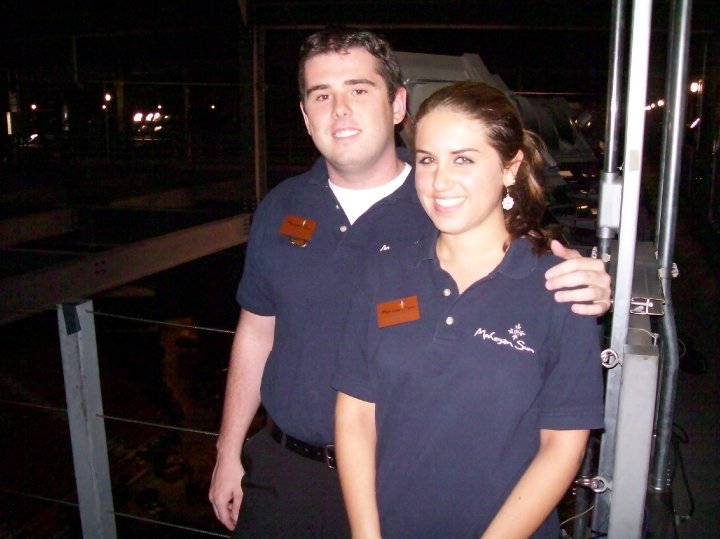 After college, she became a Conference and Events Coordinator, and I was a Sponsorship and Exhibits Sales Executive. In these roles we traveled the country together. The workdays were long but exciting. During events we would both be on our feet over 12 hours a day running around hotels, conference centers, and other unique venues.

In 2014 we got married and wanted to start a family. We moved to be closer to
family. While starting new careers and renovating a house, Christina underwent two surgeries.
After the first surgery she was so dizzy she had to hold onto the walls while she walked. She would also lay on her office floor to try and get the dizziness to stop. After the second surgery, the weakness and shortness of breath was so bad she could no longer walk up the stairs in her house. She would have to crawl up the stairs and sometimes even take breaks.

Doctors put her on antidepressants that did not help. We then did our own research to find specialists in the Boston area. That is when she was diagnosed with ME/CFS and POTS. Since then, she has lost the ability to work and has gone on disability. She had also developed severe brain fog, which was a big blow to such a smart and overachieving person.

Her energy was almost nonexistent and if she fought through it, she would crash with severe post exertional malaise. Sometimes her body would go totally limp, and she would need to be rushed to the ER. Any energy she had was dedicated to understanding health insurance policies, ME/CFS research, meeting new doctors, participating in research studies, and doing everything possible to fight this illness and return to life.

A major milestone for her was when she got a motorized wheelchair and wheelchair accessible van. This now provides her some independence. We have learned that the greatest irony of this illness is that it takes away your ability to think clearly, work, and engage with the world, but it also requires you to advocate for yourself and to do much of the research required to get what you need. 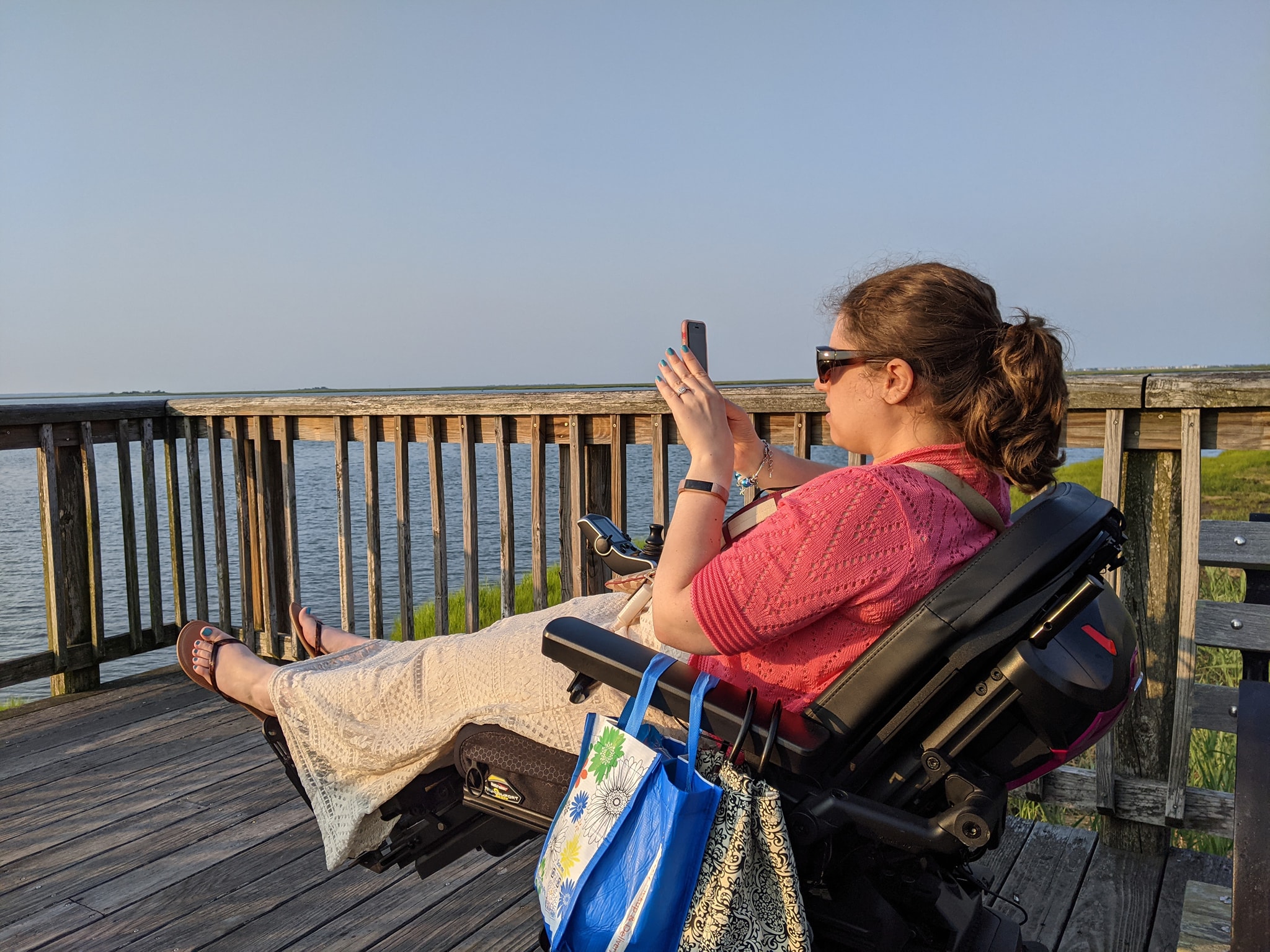 Many other illnesses that are more commonly acknowledged don’t
require this type of mental and physical exertion just to get validation and treatment. She went from doctor after doctor that said nothing is wrong, you are depressed, you need to just exercise more, etc., all because of their inability to identify a cause. To them, they would rather assume that my wife went from being a non-stop working, high achieving valedictorian to having a
secluded and lazy lifestyle rather than admit they just didn’t know something.

What gives you and your wife the most hope for the future?

Our 7-month-old son gives us hope for the future because he just brings so much joy to our everyday lives. Although Christina is sick, she can still be a part of Hayden’s first milestones and we celebrate Hayden’s journey together. Our new wheelchair accessible vehicle also gives Christina more freedom than ever before. Our faith in each other is also the thing that gives us the hope that she will get better. We are dedicated, smart, and stubborn people that will never stop fighting for a cure and treatments. We focus on what we can do, instead of what has been lost. Our home renovations are done, our son is healthy, we have supportive family members, and we have a lot to be thankful for.

YOU can help families like Christina and Doug return to the healthiest, fullest lives they deserve.

You can make a difference. Kick off a digital fundraiser for OMFCA in five minutes or less.

Donate your appreciated stock directly to OMFCA and you can receive an immediate income-tax deduction for the fair market value of the securities on the date of transfer (even if you originally paid much less for them).

OMFCA sells your securities and uses the proceeds to support our mission. You also do not pay capital gains tax on the transfer when the stock is sold. Giving appreciated stock can be more beneficial than giving cash. The “cost” of your gift is often less than the deduction you gain by making it. In advance, thank you for making this generous gift.

Please speak to your personal tax advisor and then call OMFCA at 650-242-8669 to notify us of your donation or with any questions.