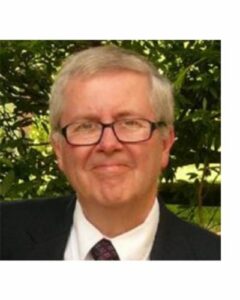 Dr. Robert Phair has recently published a paper detailing his “metabolic trap” hypothesis underlying ME/CFS, a theory that combines engineering and physiology put together by a man adept in both fields. Dr. Phair is co-founder and Chief Science Officer of Integrative Bioinformatics, Inc, a small company built around a unique software capable of modeling human biochemistry and theories of disease. Development of this theory was funded by Open Medicine Foundation (OMF). The paper, published in the open access journal, Diagnostics, is co-authored by Alex Kashi and Dr. Ron Davis, OMF Scientific Advisory Board Director and Director of the Stanford Genome Technology Center (SGTC).

Interestingly, understanding the theory of the “metabolic trap” opens the eyes to some unique elements of ME/CFS.

Like most chronic diseases, ME/CFS can be triggered by various factors and can run in families indicating a genetic element. Unlike other chronic diseases, ME/CFS can occur in outbreaks or epidemics. For outbreaks to exist, the genetic element of ME/CFS must be common enough for a large proportion of exposed people to get the disease. This thought process led Dr. Phair to look for damaging genetic mutations that were common in the broader population but present in 100% of ME/CFS patients. A search of public genome databases including the OMF funded ME/CFS Severely ill Big Data Study led to IDO2. The IDO2 gene stood out because it has four common damaging mutations, and every ME/CFS patient in the Severely ill Big Data Study has at least one of them.

This story isn’t solely about IDO2 though, it’s also about its brother, IDO1. The IDO1 and IDO2 genes are named so similarly because they each encode for enzymes that transform an essential amino acid (tryptophan) into an important regulator of the immune system (kynurenine). The main difference is that when tryptophan is at high levels in a cell, the IDO2 enzyme increases its production of kynurenine while, surprisingly, the IDO1 enzyme decreases its production of kynurenine. If you have a problem with IDO2 (mutations in the gene) then you must rely solely on IDO1 to produce kynurenine from tryptophan. If for any reason the tryptophan levels in a cell rise too high, then IDO1 will stop making kynurenine and tryptophan levels will remain high. This is the IDO metabolic trap.

When we think of ME/CFS we often break the disease down into predisposing, triggering and maintaining factors. In this case, the predisposing factors are the damaging mutations in IDO2, the triggering factor is an elevation in tryptophan and the maintaining mechanism is that the IDO1 enzyme can’t convert tryptophan to kynurenine when tryptophan is high, therefore maintaining a high level of tryptophan and the low level of kynurenine in the cell.  Mutations in IDO2 are common in the human population but it is unlikely that many would get ME/CFS. This is because the triggering is unlikely. Apparently, it is difficult to increase tryptophan enough to trigger the trap. That trigger likely requires an overlay of many factors, including pathogens, stressors and the environment.

This paper is avowedly theoretical; it elucidates the biochemical and mathematical foundations of the “IDO metabolic trap” as well as the experimental tests required to test the theory. Currently, these experimental tests are funded by OMF and ongoing at Stanford University in collaboration with Dr. Davis and his colleagues at the SGTC.

Read the full paper The IDO Metabolic Trap Hypothesis for the Etiology of ME/CFS.