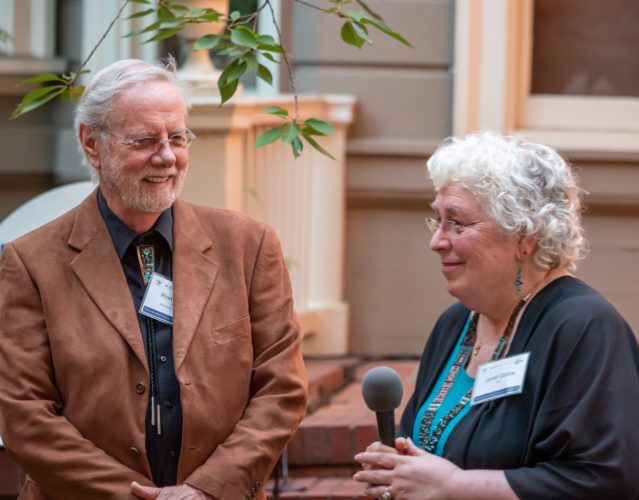 We have accomplished so much with the amazing donations generously given to OMF and OMFCA and we are grateful. We have collected huge amounts of data in our Severely Ill Patients Study, which has yielded lots of information and hypotheses. We have developed 4 promising potential diagnostic tests, including the nanoneedle, and we are working on several more. We have published a paper on Red Blood Cell Deformability. We have developed the Metabolic Trap hypothesis, made much progress on testing it, and published it in a theoretical paper. We have begun collecting data on both toxic heavy metals and essential metals, which is beginning to suggest alterations that may contribute to symptoms. We have collected myriads of multi-omic data on families. These studies have already shown us a large number of molecular alterations in patients, but science is slow, and frustratingly underfunded. The rate-limiting step is always funding. We could do so much more and get answers faster with more funding. We have written many grants to NIH, but so far only one has been funded. Don’t believe anyone who says NIH isn’t funding ME/CFS because they don’t get good grants!

In addition to funding our centre at Stanford, OMF has also funded two new Centres, one at Harvard and one at Uppsala University in Sweden. These Centres are making progress on analyzing muscle cells and the molecular biology of spinal fluid in ME/CFS patients.  (Read More….)

These Centres are excellent and continue to need funding.

We have held three highly successful scientific meetings of our Working Group of incredible scientists working on ME/CFS from all over the world, and three exciting Community Symposia that have been Livestreamed all over the world with thousands of viewers. We have recruited many top scientists in their fields to work on this disease, involving not only them, but young researchers in their labs. This last year I was struck that we had over 60 highly qualified scientists discussing new findings and new ideas, all of whom need and deserve funding! NIH cannot say there are not good investigators in this field. We are actively recruiting them all the time. They urgently need funding! OMFCA is dedicated to funding as many as possible, but we need your donations to accomplish this ambitious goal.

We are writing to encourage you to continue your amazing donations to OMFCA. Without you we wouldn’t have been able to get this far! But we need to have continuous income to keep up our work on ongoing projects as well as pursue new ideas. The following is a list of some of the projects that need new or continued funding at Stanford:

This is a huge undertaking but we are confident that we can discover ways to provide treatments and eventually a cure for the millions of people suffering from this disease. We are personally 100% invested in bringing our son and other suffering patients back to a life they can enjoy. We will never give up.