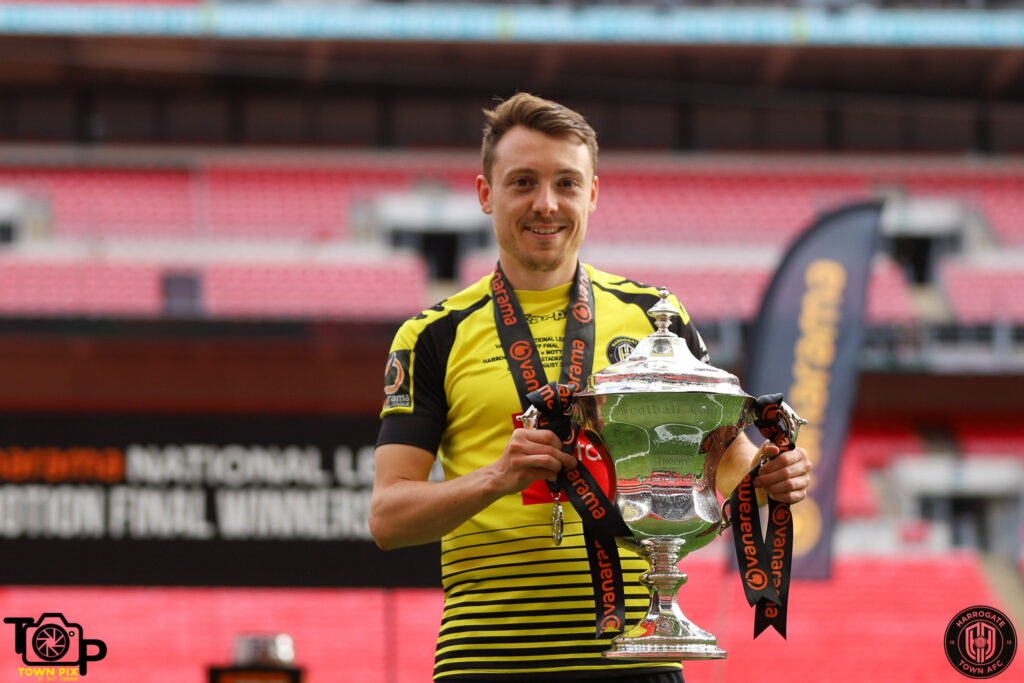 Open Medicine Foundation Canada(OMFCA) is delighted to kick off the new year with an exciting update: We are proud to welcome professional football player Jack Emmett as OMF’s newest Ambassador!

At 27 years old, Jack Emmett has pursued a career in professional football (soccer) in England.  Having played for the professional Association Football Club Harrogate Town as a midfielder for eight years, he has won two promotions to reach the football league for the first time in the club’s history.

Emmett was forced to leave his impressive and promising football career in January 2021 after being diagnosed with Myalgic Encephalomyelitis/Chronic Fatigue Syndrome (ME/CFS).

In becoming an OMF ambassador, Jack will help to raise widespread awareness of this devastating disease, inspiring support and increased understanding for people with ME/CFS all over the globe.

As we welcome Jack to our team, we are honored to share an exclusive interview with our newest OMF Ambassador:

When did you first become ill with ME/CFS?

I have struggled with fatigue for some time, but I just attributed it to the intensity of playing professional football. Over time the fatigue worsened, and it got to the point where I didn’t feel able to perform. Eventually, I wasn’t recovering from exertion and was sleeping for large portions of the day.

The last few months, I have been going through different tests and everything came back saying I was in good shape, which was frustrating because I knew something was wrong.

You recently took a leave from the world of football. What has that transition been like? Has it been difficult to gain support and understanding from teammates?

I was lucky when leaving football that my teammates understood my diagnosis. This was mainly because having played at Harrogate for so long I had a close relationship with many of the players. They trusted and believed me when I told them about my situation. In a professional sports environment, it is difficult to open up about fatigue because it is seen as an inevitable part of the job and something that you don’t complain about. I tried to hide the fatigue for a while, hoping that I could find a quick fix myself.

As time went on, it became clearer that I needed to take a break from football for my health. After my diagnosis, I decided that taking a break was the best thing to do. It is a shame that the illness has possibly ended my professional football career, but I am grateful for what I was able to do while I was playing.

What does daily life look like for you now?

What is one thing you wish the world would understand about ME/CFS?

Having only recently been diagnosed, I am still learning about the world of ME/CFS, and it is hard to find clear, detailed information about the illness. It is clearly a condition that affects many people; however, it is something that most people have never heard of, and this seems to be reflected by the lack of medical research.

What gives you the most hope for the future?

Since being diagnosed, several people have been in touch who have suffered from ME/CFS. It has been great to hear about other people’s experiences, especially because before I was diagnosed, it felt like no one else knew what was going on, or had been through the same thing. Although I feel lucky to not be as seriously affected by ME/CFS as others, it has opened my eyes to how debilitating the condition can be.

I wish there was more acknowledgment of the condition. It is reassuring to find that organizations like OMF are dedicated to finding a cure and supporting people who are suffering. I feel optimistic that there are better days ahead.

We are honored to welcome Jack to the OMF team and we sincerely thank him for his advocacy efforts. His willingness to publicly raise awareness for the millions suffering from ME/CFS and related chronic, complex diseases makes a real difference in helping us to amplify our mission to end ME/CFS.